To Hell with Cancer

The first leg of this journey is complete. On February 4th I completed my last round of chemo. The side effects where a bit harsh this time around, but I was reassured by the fact that THIS WAS THE LAST TIME I WILL EXPERIENCE THEM. As I was laying on my aunt's couch rollercoastering through bouts of nausea, I kept thinking "Bring it on bitch. You will be over soon."

It's about three weeks later and I'm feeling good. My white blood cell counts are up, and I'm feeling strong. I can't wait to start doing all the things I used to do, like biking, hiking, camping. I made a promise to myself that once this is all over, I will never skip the oppotunity for adventure. Unfortunately, those things will have to wait a bit longer as I still have my surgery to look forward to.

Truth be told, chemo is not that horribly bad. Don't get me wrong, it's by no means fun, but it's not like how it is in the movies. It used to be like that before the medicines and dosages became more targeted. As far as the side effects go, it's kind of like being pregnant (so I'm told). You wake up feeling nauseous, swollen, tired, but after awhile it goes away. The big differences are chemo makes you lose your hair and pregnancy gives you a baby.

The hairloss was not devastating for me. I loved my hair, but I always wanted an excuse to shave it. This afforded me that opportunity. Once it comes back, I may keep it short for awhile.

I've taken a good look at my life these past five months, and one thing has bothered me. I realized that most of my time, energy, and conversation has been devoted to this disease. I seem to have put myself into a category. I want to avoid the label "Cancer Survivor" as much as possible. This is not only because I hate labels, but also because it doesn't tell everything about me. I have survived other trials, arguably worse than this one. So if I had to label myself as something, it would be simply "A Survivor."

Speaking of surviving, there are ways you can help others survive this disease. An old family friend is doing the Avon Walk for Breast Cancer, and she is doing it in my honor. If you care to donate, please click here: http://info.avonfoundation.org/site/TR/Walk/WashingtonDC?px=1003944&pg=personal&fr_id=1910
Posted by Many Manifestos at 6:28 PM 1 comments

The Drafter of Laughter

Note: I wrote the beginning of this entry awhile ago. It took me that long to complete this.

I was in a deep funk this morning, partially from lack of sleep, partially from emotional turbulence. I met up with a friend to go to a yoga class, and during the last 10 minutes of the class we did the corpse pose. This means we lay on the floor and rummage in our own thoughts. As you can imagine, my thoughts went to some pretty dark places. Normally I’m very in control of my thoughts and emotions, but even the strongest person has a breaking point, and I feel I’ve been walking on the edge of mine. Normally when I do a meditative pose, I take my mind to some beautiful landscapes. One time, I had something akin to an out-of-body experience. My mind traveled to the top of Mount Etna where I slid down the summit on the back of an emperor penguin while a cloud enveloped us. We stopped at stand selling flavored honey, and we fed each other strawberry flavored while the cloud lifted us away. LSD was not involved.

This time around my thoughts turned to grey shapeless images of sadness and solitude. I opened my eyes and stared at the ashy-black ceiling of the studio's and followed the lightly swinging white paper lanterns, and I tried to take myself into outer space. But my thoughts were heavy and kept me down to earth, and I felt myself sink into the floor. Some force was pulling me down into the ground, and I felt like I was being buried in sorrow.

My life is very scary and chaotic right now. Much of my future is uncertain, and that which is certain is not very pleasant. I know the next couple of months will bring a great deal of physical and emotional pain. While I know the physical pain will quell and desist with time, there is really no telling when the emotional pain will die. I will be very disfigured for a good long while, and this will take its toll on the rest of my life. I know I’m a strong person, but I’m not made of stone. This will affect my possibilities of engaging in any sort of intimacy, engaging in any sort of long-term relationship, having children, etcetera. I’ve had problems even just getting dates in the past three years, so it was like I was already in a hole, and then the ground has sunken even further. All of this was weighing on me in the last ten minutes of class.

After the class, my friend and I offered each other our reviews, being that this was our first time at this particular studio. We both agreed that we liked the class overall, but then I told him about my gloomy mental turn at the end. I was still a little lost in my thoughts, so only bits and pieces of what he was saying was filtering through. “I go to good places blah blah blah drift off yadda yadda yadda my thoughts are awesome yakety yakety yak…” But then he said something that stuck. “When my mind starts to turn that way I just stop.”

Just. Stop. I’ve repeated this mantra to myself many times, but not in recent past. Sometimes you see yourself on the edge of a plank, and you forget that the only thing that brought you there was your own two feet. Just. Stop.
Then I thought of something a family friend said to me: “Find things to make you laugh as often as possible.”

So here it finally is, a list of things/images/people/other nouns that make me smile or laugh at any time:

1) This scene from It’s Always Sunny in Philadelphia. http://www.youtube.com/watch?v=MYtjpIwamos&feature=related

2) This picture of me and my friend. He threw up not too long after this photo was taken. 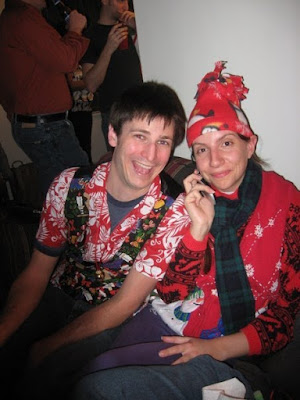 5) This one requires some backstory, and it may leave a bad taste in some mouths. I frequently lurk this online forum called Something Awful. The users on this forum talk about everything, literally. One day, a user had posted that his dad just committed suicide and that he was feeling lost and helpless. This was the FIRST RESPONSE to the post: "I know I'll probably be attacked for this (video games are for losers, etc. ), but this is exactly how I felt when Aerith [a character from Final Fantasy] died. I honestly didn't know what to do, I was pretty much in a daze.. I would go into battle without any materia equipped, I'd forget to heal my characters after battles, completely neglected my chocobos. I would just go to the Golden Saucer and dick around for hours at a time playing minigames... I just didn't see any point to advancing the story, how could there be a story without her? Well, it took some time, but I got over it (and took my revenge on Sephy [KoTR + Mimic ftw]), and the point is, I'm sure you will too. If there's anything I'd take from this, it's that life goes on even after losing a loved one, it's just up to you how long it takes. Goondolences." 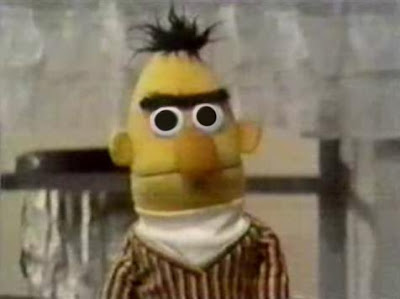 I WILL EAT YOUR SOUL.

9) David Sedaris’ essay “Next of Kin.” This is tied to the next item on this list.

10) The memory of watching my best friend reading “Next of Kin” on the beach and laughing so hard she frightened some people.

Feel free to post some of your happy thoughts.
Posted by Many Manifestos at 6:23 PM 3 comments